It affects more than eight million men and women and accounts for three times the number of those diagnosed with anorexia and bulimia together.

What is Binge Eating Disorder? How is it similar to and different from bulimia?

Both are eating disorders. Both binge eating and bulimia involve rapidly and regularly eating excessive amounts of food, feeling out of control (powerless) while eating, and feeling guilty or ashamed afterwards.

However, binger eaters do NOT purge (vomit), use laxatives, or overcompensate with exercise to keep from gaining weight. A binge eater usually binges at least twice a week and feels embarrassed, ashamed, or angry about being out of control.

Binge eating disorder can lead to a vicious cycle of weight gain, unhealthy dieting, and emotional problems, including feelings of hopelessness, powerless, and depression. These feelings may lead a person to compensate by overeating, which can lead to further weight gain, overweight, and obesity.

Some people maintain a normal weight, yet still binge eat on occasion. People often turn to extreme dieting or their old eating habits, which further complicate their lives.

Some Signs a Person Might Have a Binge Eating Disorder include:
• eating much more rapidly than normal
• eating until uncomfortably full or stuffed
• eating large amounts of food even when not hungry
• eating alone because of embarrassment
• feeling disgusted, depressed, or guilty after a binge eating episode
• gaining excessive weight

Other terms people might use for binge eating include compulsive overeating, emotional eating, addictive eating, or stress eating.

There is also a huge EMOTIONAL factor contributing to binge eating, overeating and weight gain in millions of people. The bottom line is that this causes a lot of PAIN for you or your loved one. You are seeking an eating disorder treatment plan that works.

My passion and expertise is showing women, and men, who struggle with binge eating how to overcome their disorder – so they can Eat Up The Good Life!™

So if you or someone you care about lives with binge eating disorder, I can help. 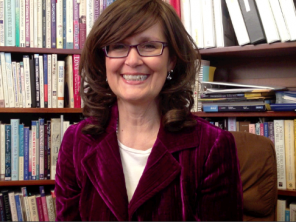